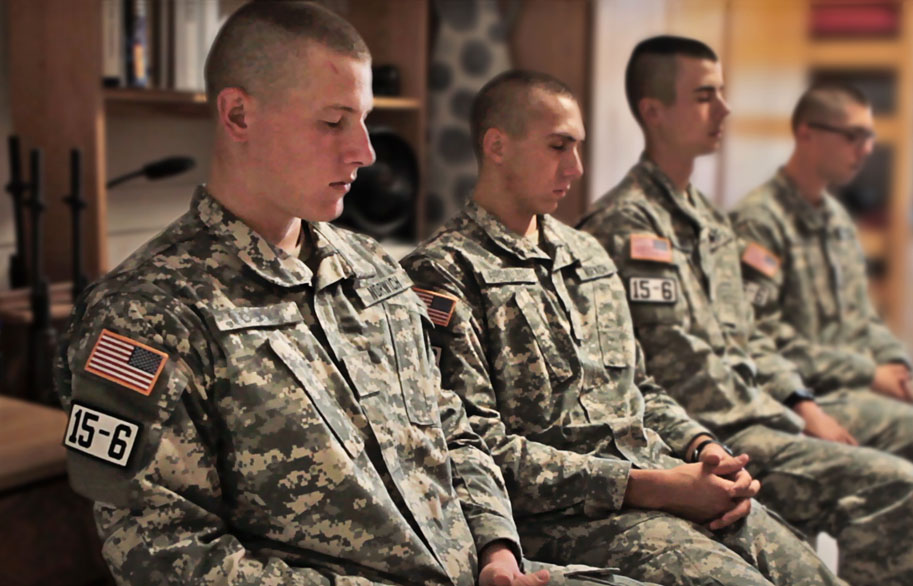 All Sidhas and TM Teachers are invited to this special interest webinar led by Colonel Gunter Chassé, hosted for the first time by MERU, and based on Maharishi’s Absolute Theory of Defence.

This 2-day webinar aims to give a taste of Maharishi’s full 19 lectures course on Supreme Military Science.

Supreme Military Science is not a traditional approach to military, but a prevention-orientated system of defence that nurtures peace and protects the world from future war. By establishing a ‘prevention wing’, whose primary task is to practise the TM-Sidhi programme, a military can protect a nation through building a strong, coherent national consciousness.

All those who see the need for this new kind of defence will enjoy attending this webinar, which is a taster of the full course with 19 lectures, by Maharishi, scientists, and military leaders.

The full course will be offered as a MERU course in the near future and those interested are encouraged to take this webinar, possibly also to discuss in what form the full military course is best offered to give all those interested the possibility to participate.

This introduction webinar will cover three themes: The Role of the Military in Structuring Invincibility for the Nation, Maharishi’s Absolute Theory of Defence to Create a National Armour, and Scientific Principles of Invincible Defence. For each theme, participants will view a Maharishi lecture, with plenty of time for discussion and interaction with Colonel Chassé.

A highlight of the course will be hearing from Gunter Chassé, a decorated colonel with first-hand experience in the military. In his long military career, Colonel Chassé came to realise that weapons alone could not really protect a nation, especially against weapons of mass destruction and terrorism, and that every nation needed a system of prevention. Col. Chassé has since become an expert in Vedic Defence and is now the Deputy Minister of Defence of the Global Country of World Peace. He has given lectures all over the world on the Vedic System of Defence.

Join this webinar, and learn one key aspect of Maharishi’s unique, profound approach to establishing peace for all nations.

Apply Now
Back to overview

Online Courses
This website uses cookies to improve your experience. If you continue without changing your settings, we will assume you are okay with this. Learn more